My name is Byron and I’ve been a pilot since 1992. My father was a pilot in WWII (P-61) and flew for the airlines until his retirement.  Two of my brothers are pilots, and one is also a certified A&P/IA, owns three airplanes, and works for Southwest Airlines. You could say that aviation is in the blood.

I did my basic and instrument pilot training at Hansom Field (KBED), Bedford, MA, mostly flying Cessna 172 and Piper Warrior aircraft.  When I changed jobs and moved (back) to Texas in 1995, I bought a 1/3 share in a Cessna 182 based in San Marcos (KHYI). I had a lot of fun trips and my partners were great, but when a chance opportunity to purchase a 1973 Bellanca Super Viking came up, it made sense to sell my share of the Cessna and become the owner of a whole airplane.  My brother (the A&P/IA) helps me keep the Viking in the air, and my wife Cindy (also an instrument-rated pilot) and I take trips all over the country. We’ve also flown internationally to Canada and to the Bahamas.

I’ve always had an itch to build an airplane.  As I get older, I am increasingly aware of the realization that if I don’t start this particular project soon, it may not ever happen. To find inspiration, Cindy and I flew our Viking to Oshkosh and waded through all the planes – homebuilts, classics, warbirds, etc. 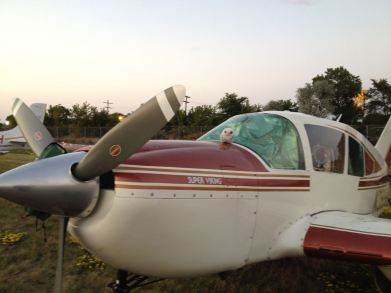 I knew what I wanted in a plane, and if it couldn’t be a Corsair (!), then it needed to be:

After doing a good bit of research, the Velocity XL/RG bubbled to the top of the stack. In January of 2015, Cindy and I visited family in Florida, and took a detour to go check out the Velocity Aircraft factory.  We toured the place, got to see a few planes in construction, and took a test flight. 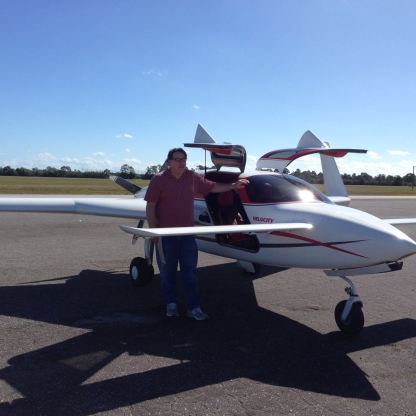 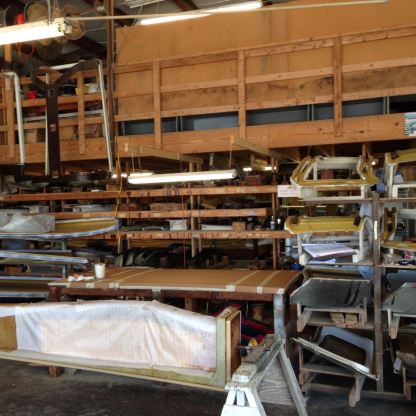 A year later, in January of 2016, I decided to jump in with both feet.  I ordered a Velocity XL/RG-5 basic kit (not fast-build) with side-stick controls. I am figuring that it will take me a few years to build this airplane, but doing so is a welcome change from my day job, where I am stationary behind a desk for hours on end.  The reward on completion will be a high-performance aircraft with the ability to take us places without the hassles and headaches of commercial travel.