The trailing edge foam was cut back to make an even and straight edge.  Ailerons were cut out using a long hotwire foam cutter, and then the foam was replaced in the wing.  The control surfaces will be cut back out later, after the wing is glassed, filled, and primed. A hole was melted through the foam with a soldering gun to the cable conduit in the leading edge foam blocks.  The VHF NAV antennas were placed on the wing and glued into place, with the cable and balun routed to the wing root.  The foam surface was sanded lightly to smooth the gaps and to fair all the edges.  Micro was spread over the entire wing and squeegeed into the foam.  Micro was used to fill gaps and holes and to fair all transitions. 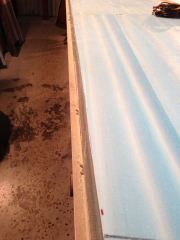 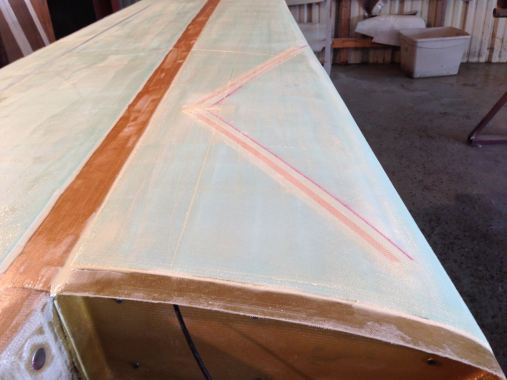